Legend
what a wonderful game that was
P

Nesh said:
what a wonderful game that was
Click to expand...

It absolutely was, strong showcase for the PSX aswell. Still have the game and the PSX.
P

Legend
I hope John will look at other retro consoles too

I hope John will look at other retro consoles too
Click to expand...

I think he was too nice with the Unity Klonoa remakes. Despite being higher res and all, they just feel so inconsistent and amateurish. The colours and lighting dont seem to ever match. The frames always look somewhat garish. Asset fidelity also seems inconsistent. Some stuff looks very detailes right beside very lowpoly stuff... I feel like I'd rather play the PS2 original and the Wii remake over this.

Veteran
I really appreciate the work done on this. There is a lot about that time in gaming that needs to be said, and this video touched on quite a few points.

Dr. Nick said:
I really appreciate the work done on this. There is a lot about that time in gaming that needs to be said, and this video touched on quite a few points.
Click to expand...

after watching the video I decided to purchase the game -6€ on Steam now-, because I never played a Final Fantasy game save for an old version of FF VII on the pc gamepass which I played for a few minutes. I am going to install the HD Models mod for sure.

After completing Doom Eternal today, it is certainly something different to play during Christmas.
Last edited: Dec 27, 2022

Dr. Nick said:
I really appreciate the work done on this. There is a lot about that time in gaming that needs to be said, and this video touched on quite a few points.
Click to expand...

A valiant and fair defense of ff13. For my part, I liked the combat, the music was top notch and the production values were great.

But the game essentially stripped pretty much everything fun out of a final fantasy game in service of a great looking hallway and a very weak and/or laugable story and characters.

Previous ff games were linear but were able to disguise that linearity very well and made you feel like you were actually traveling.


It helped that games like ffx gave you free reign to shape your characters and weapons however you want. Which is not the case in ff13 where you are banally dumping miscellaneous items and into your weapons to max them out at a save point. And the crystarium didn't have any deviations at all. They might as well have erased it and had the game automatically level you up the more you killed enemies like in older games.

It was merely an illusion of player input which is more insulting than not having any input at all. Improves the visual quality of game for HD and UHD resolutions.

...which seems to do what HD Models+ -below-, however I wonder which one is better, 'cos HD Models+ only takes 79MB of space so maybe the one above adds even better textures? Additionally, it is recommended to use the ff13fix mod, which fixes most of the issues of the original game, it seems. 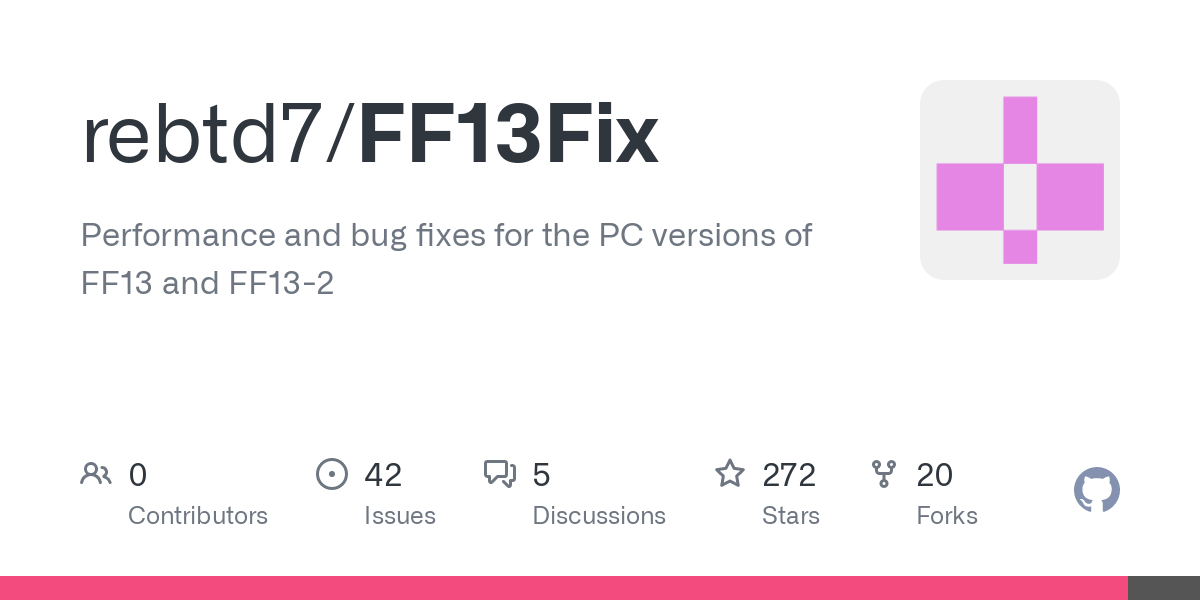 Veteran
What I will say is that the PS3 version I have is pretty good, but damn does the PC clean up well through mods holy crap. Visual splendor, really allows those art assets to pop

Inuhanyou said:
What I will say is that the PS3 version I have is pretty good, but damn does the PC clean up well through mods holy crap. Visual splendor, really allows those art assets to pop
Click to expand...

one of the main advantages of retrocompatibility. Really glad to play the game in the best possible way, specially for someone who never played it before. I am also going to apply the 4GB Fix mod, 'cos since it's a DX9 game it takes into account the use of DXVK. From the mod's github page:
IMPORTANT: FF13Fix now uses d3d9.dll. Delete dinput8.dll when updating from previous versions!
If you are using dxvk, rename the dxvk DLL to dxvk.dll and keep FF13Fix as d3d9.dll

Legend
Supporter
this mod makes your life really easy, since it install the ff13fix files -though you have to copy them in the folder they created just for that- and the 4GB patch automatically.

Also some very interesting tidbits of the FF13Fix mod, which allows for more than 60fps -unlimited fps in fact if you want to- and fixes all the issues John mentioned in the DF video.

## Removes stuttering caused by new controllers being scanned every second
This caused stuttering specially if you didn't have a connected controller after the last opening of Steam.

Note that if you want to use a controller you need to connect it before opening the game (i.e. this patch removes the hotplugging support)

## Enables controller vibration
This can be enabled/disabled in the ```FF13Fix.ini``` .

## Changes to where the memory is allocated on certain vertex buffers
This considerably improves the frame rate when 2D elements are being disabled on the screen (i.e. minimap or battle menu HUD). This fix is not new, it is from [OneTweakNG](https://github.com/Nucleoprotein/OneTweakNG).

## Fix the enemy scan text on resolutions over 720p (FFXIII only)
The game calls [SetScissorRect](https://docs.microsoft.com/en-us/windows/win32/api/d3d9helper/nf-d3d9helper-idirect3ddevice9-setscissorrect) using a rectangle hardcoded with the 720p coordenates. This correct the coordenates and rectangle size in order to fix it.

Legend
Supporter
so... I tested the mod in Vulkan with DXVK and with DX9, and the DX9 version runs better -surprisingly-. The game under-utilizes modern GPUs, mine which is mid-tier, never goes up 51º in temp and 80W of power consumption when playing at 1440p. This is a great candidate to play at 4K without issues. The framerate is all over the place though, but that's not an issue in DX9, although it is in Vulkan where the game can "stop" for some milliseconds during framerate spikes. 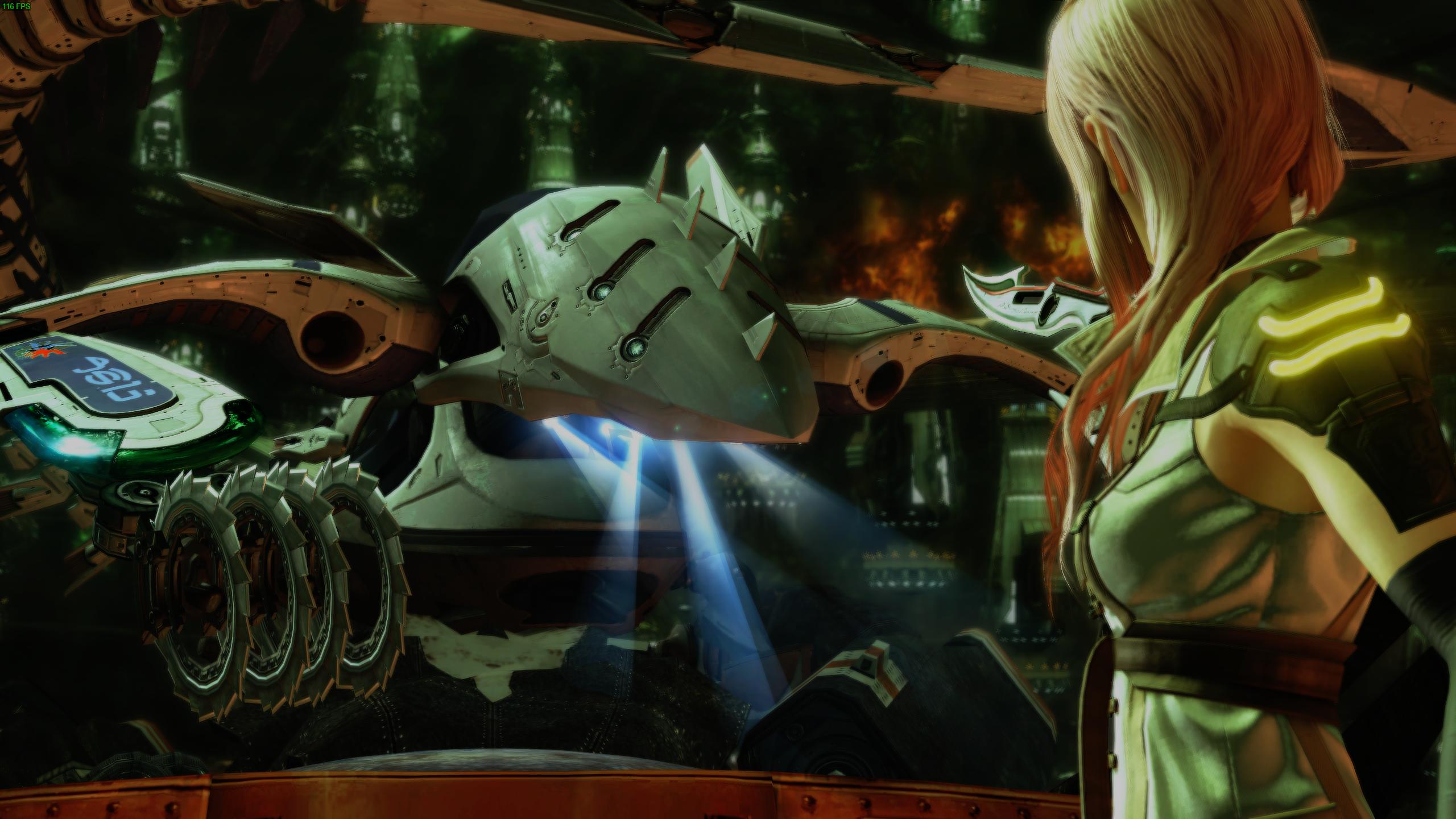 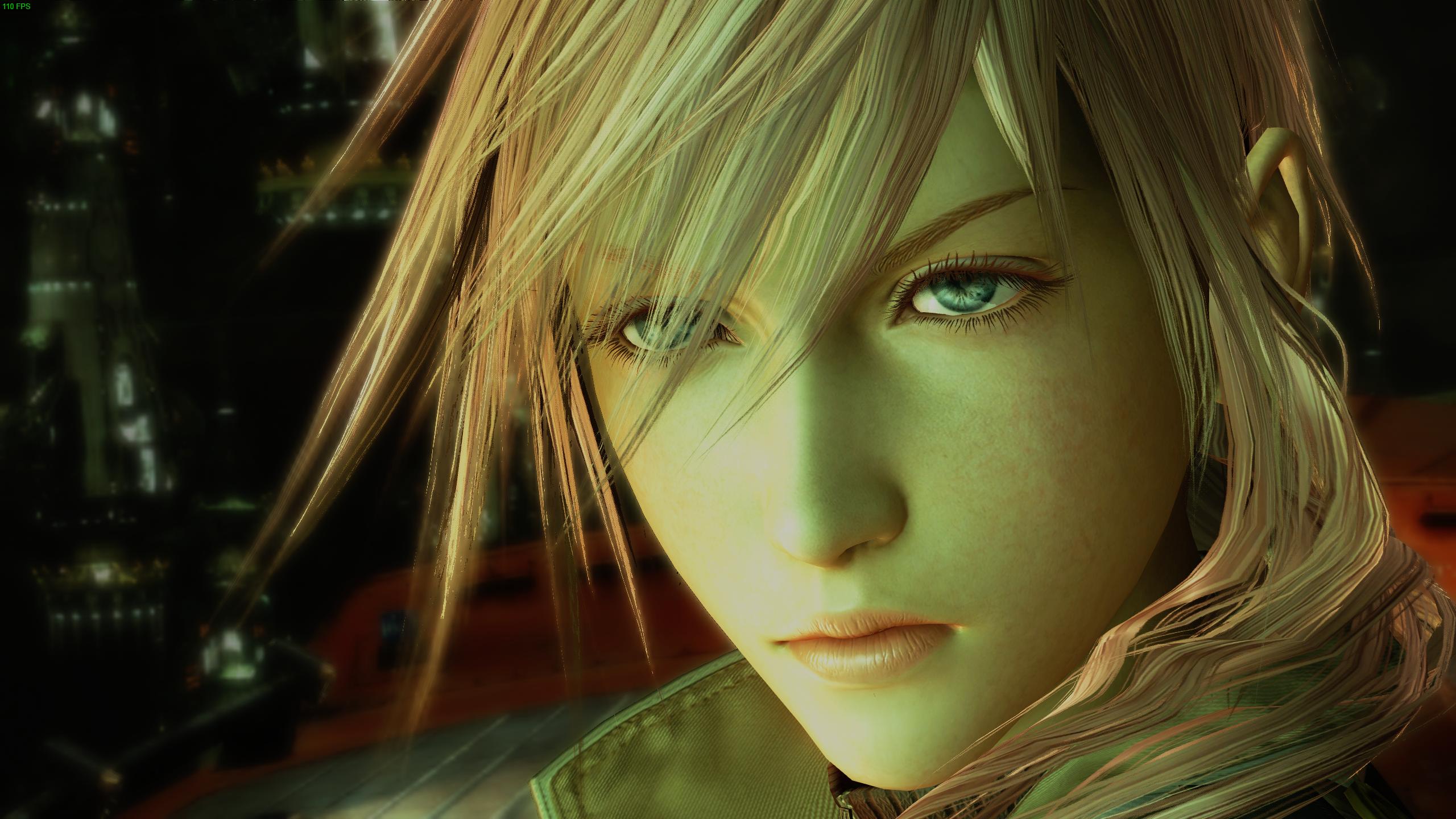 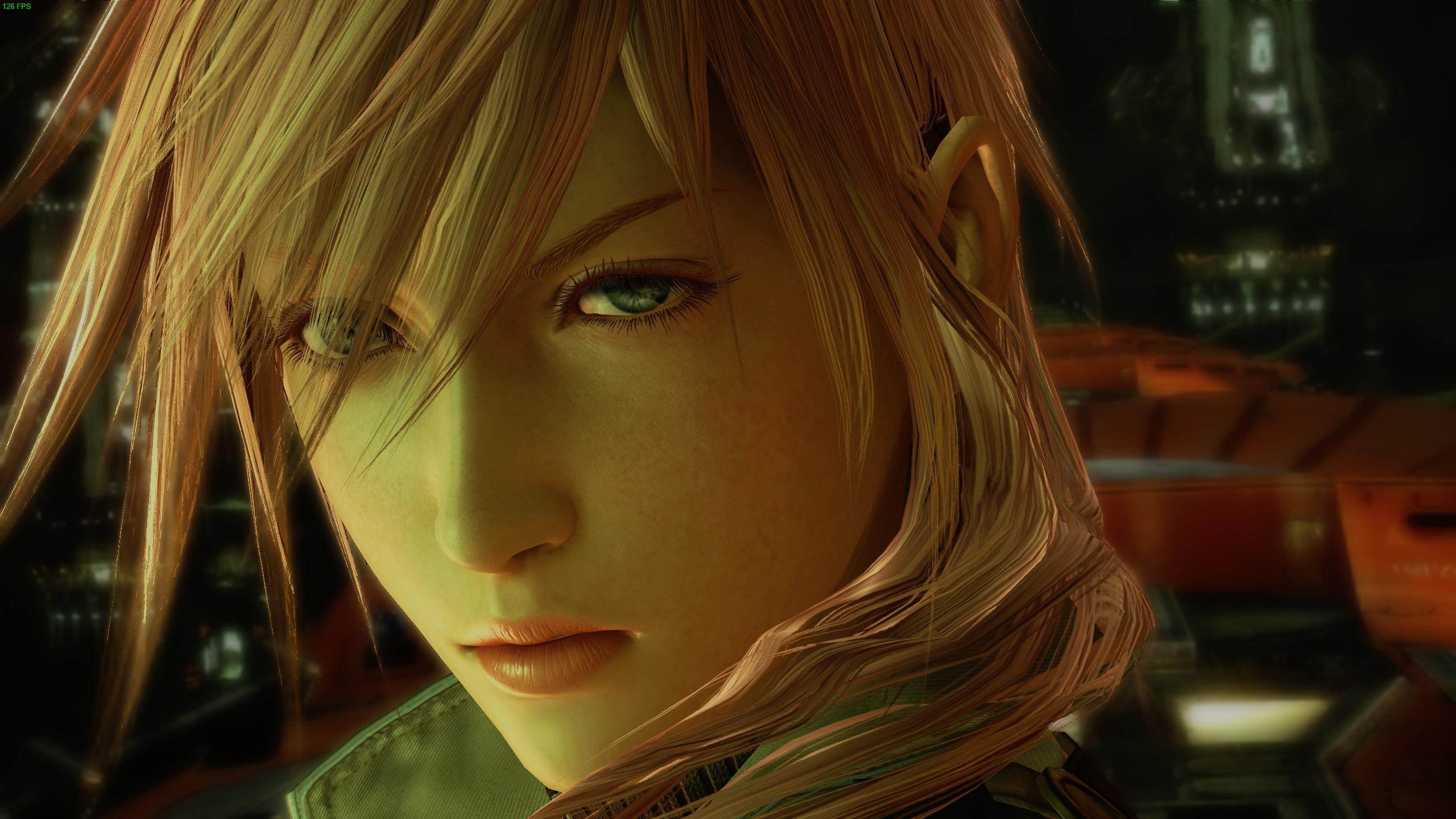 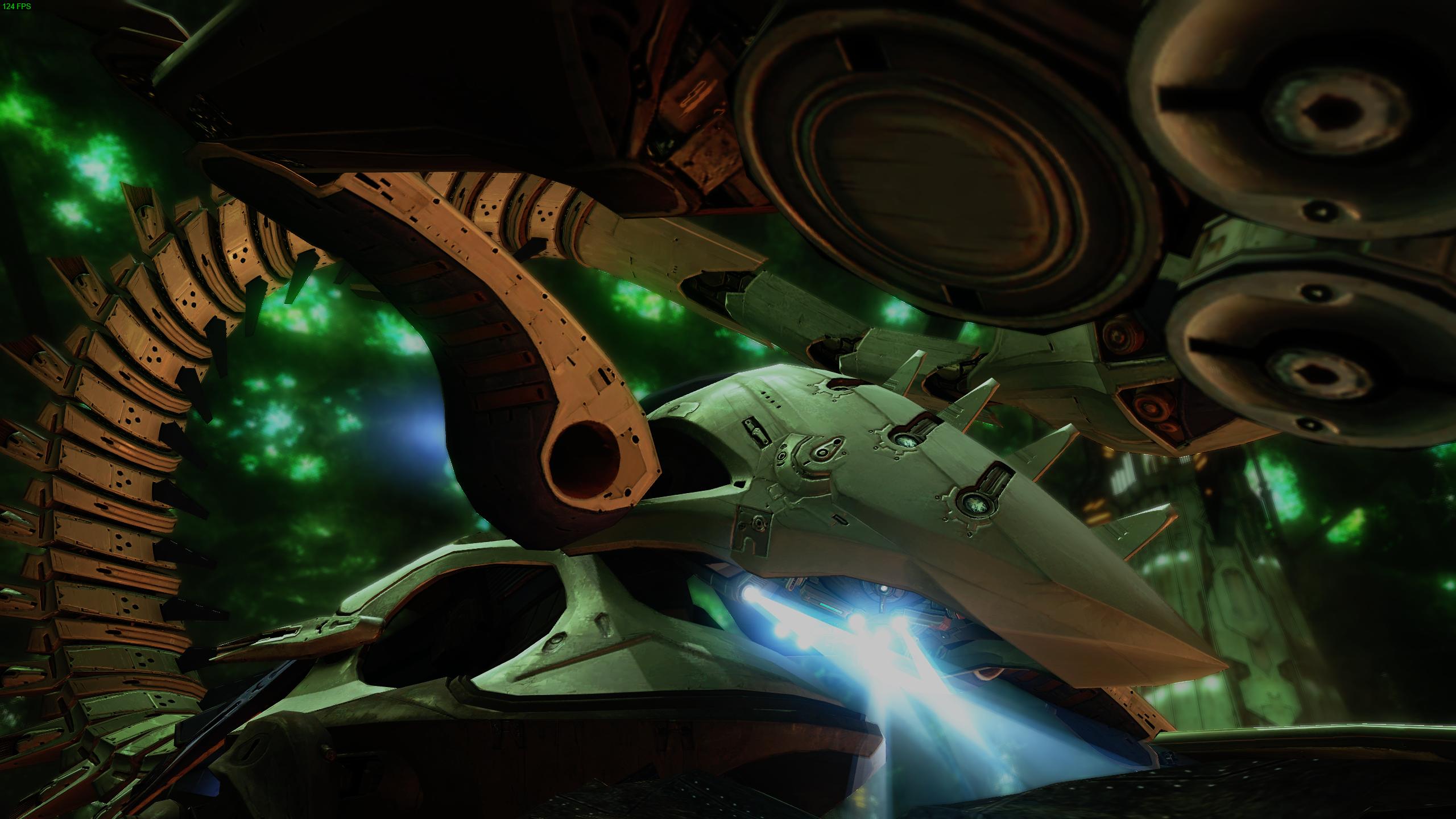 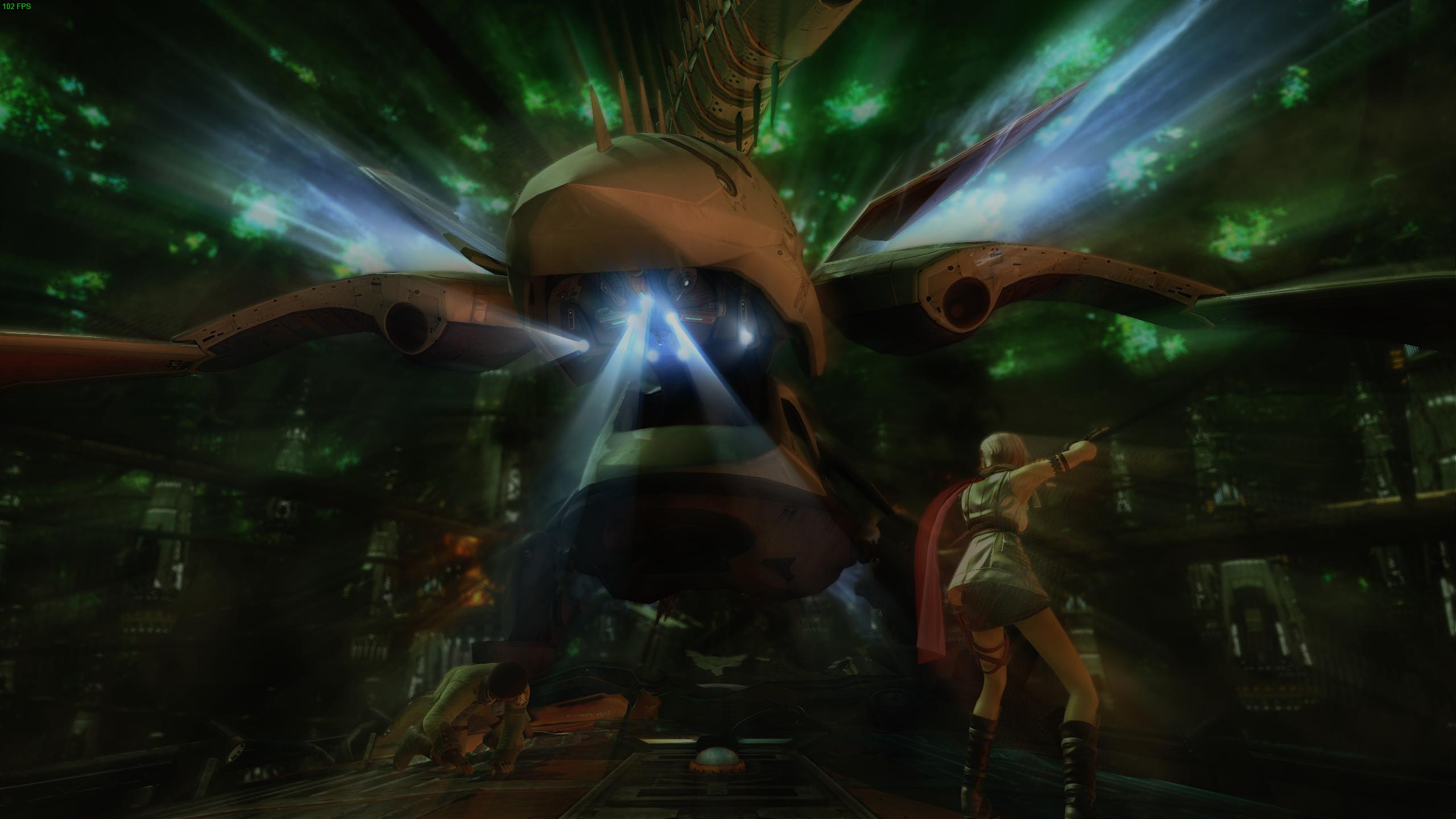 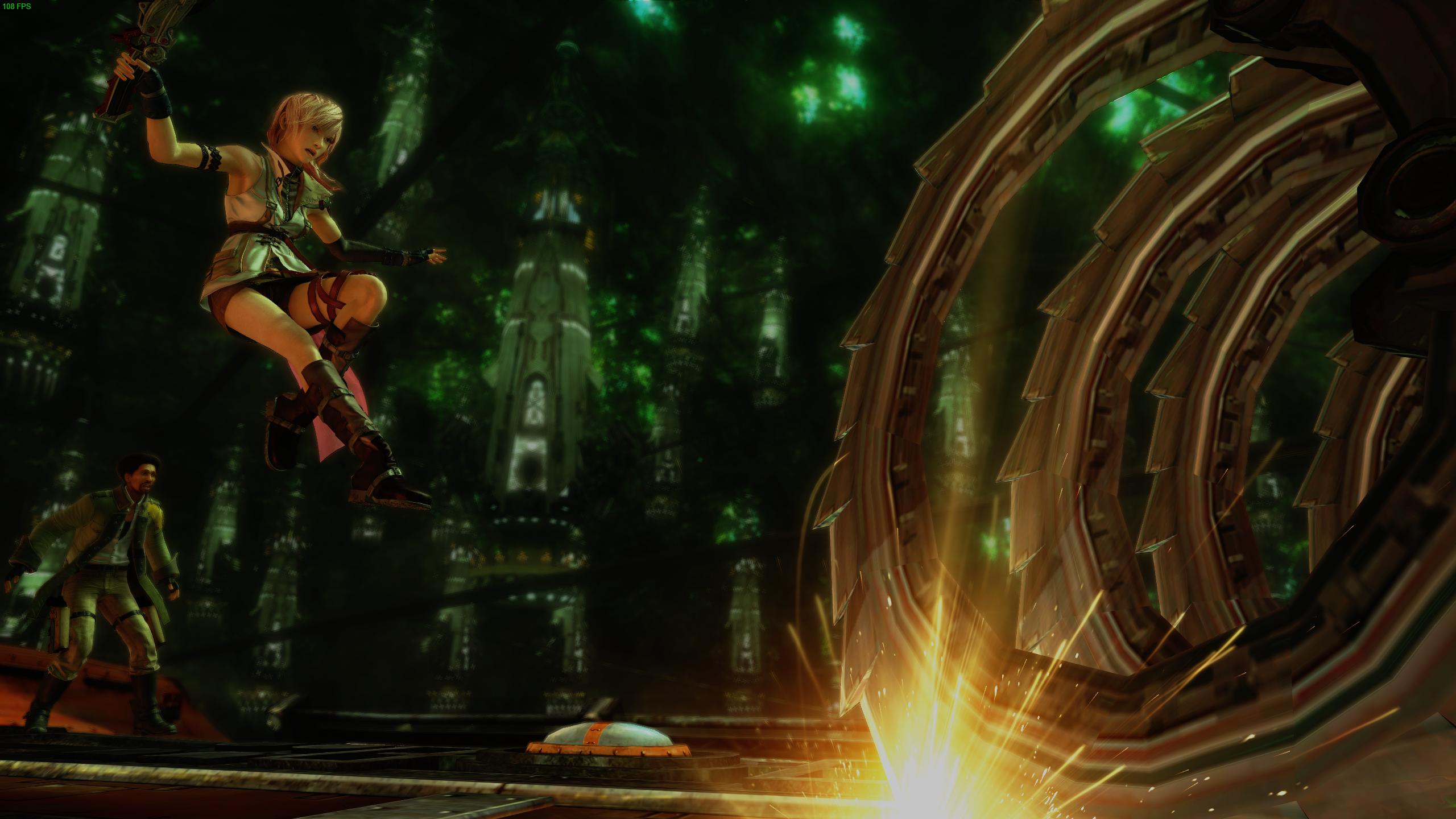 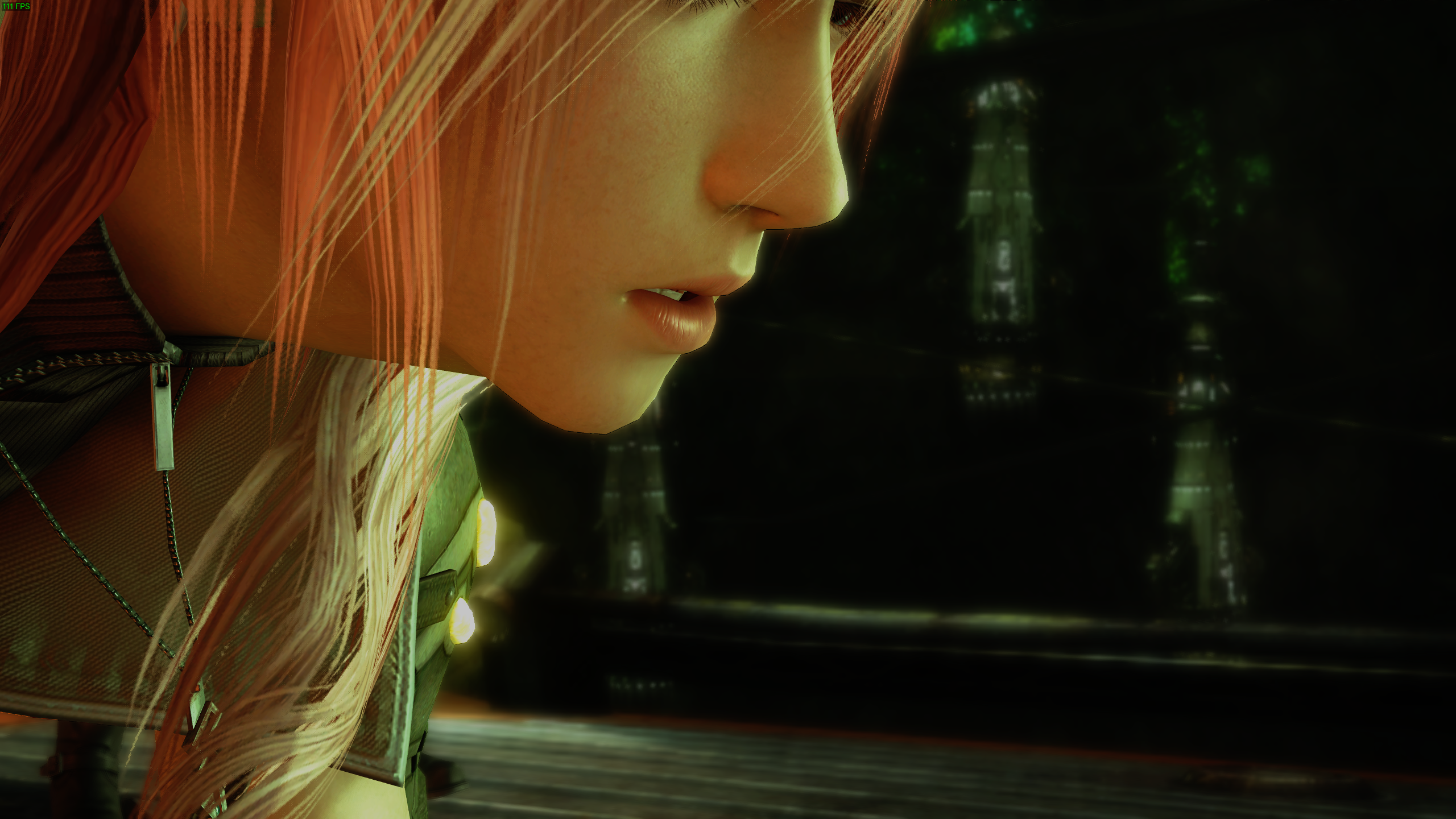 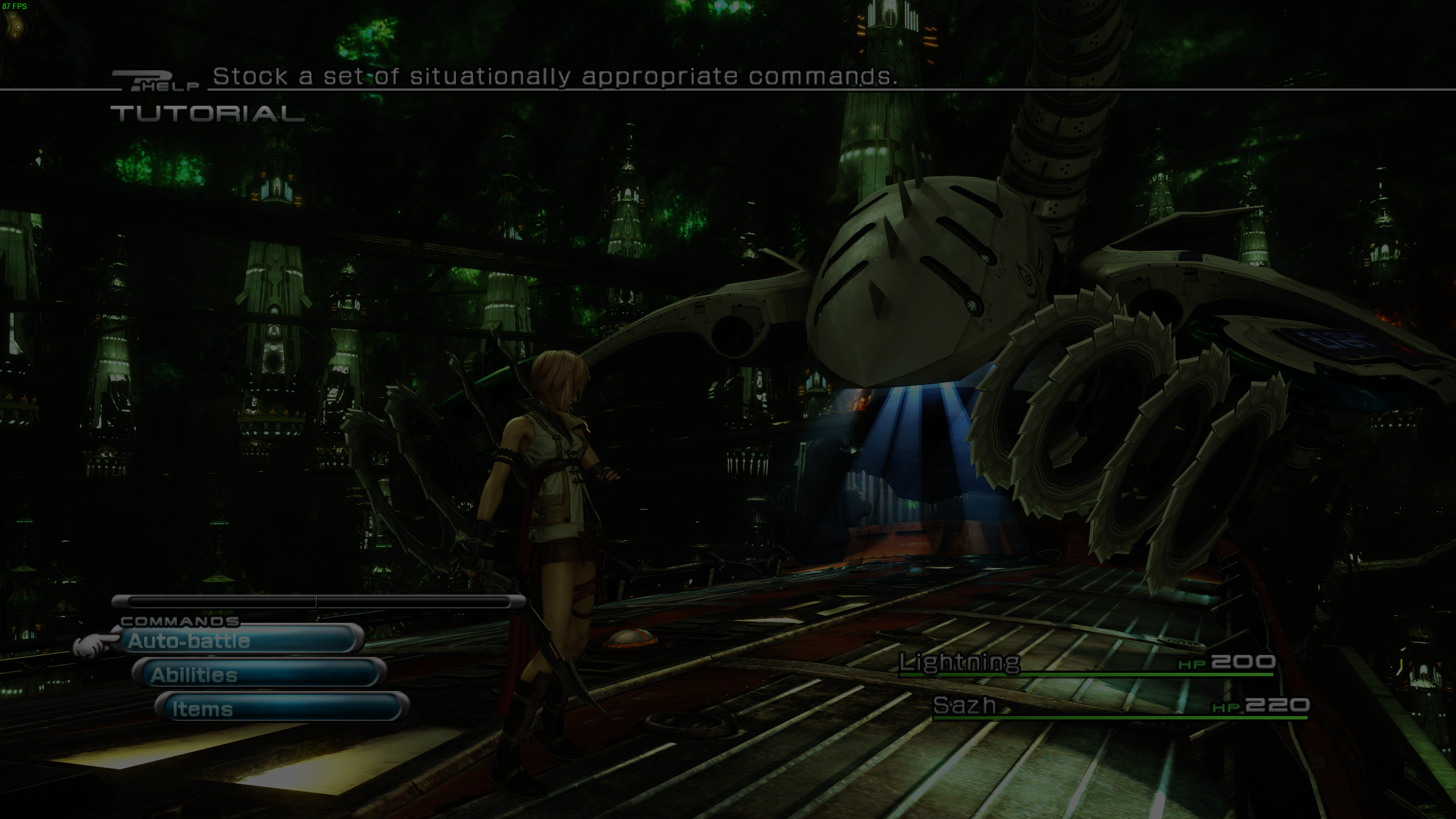 forum.beyond3d.com
You must log in or register to reply here.