Legend
I can't believe he'd tell a lie like that when it's so easily proven false, just so flagrant!

That's why you always get things in writing. If it's not in writing, it doesn't necessarily exist. A promise is just air. It's almost meaningless in the world of business and politics, although you also risk burning some bridges and alienating potential allies if you don't follow through on a promise made in a back room.

Ergo, since there's nothing in writing then the preponderance of proof would be on Musk to prove such a deal existed or a promise was made. And even if there was? A promise isn't legally binding.

A promise made in a back room is also an easy way to make someone look like a fool. Promise that you'll do something if they do what you want them to do. Then when they commit to it in public, just claim that you never made any such promise. 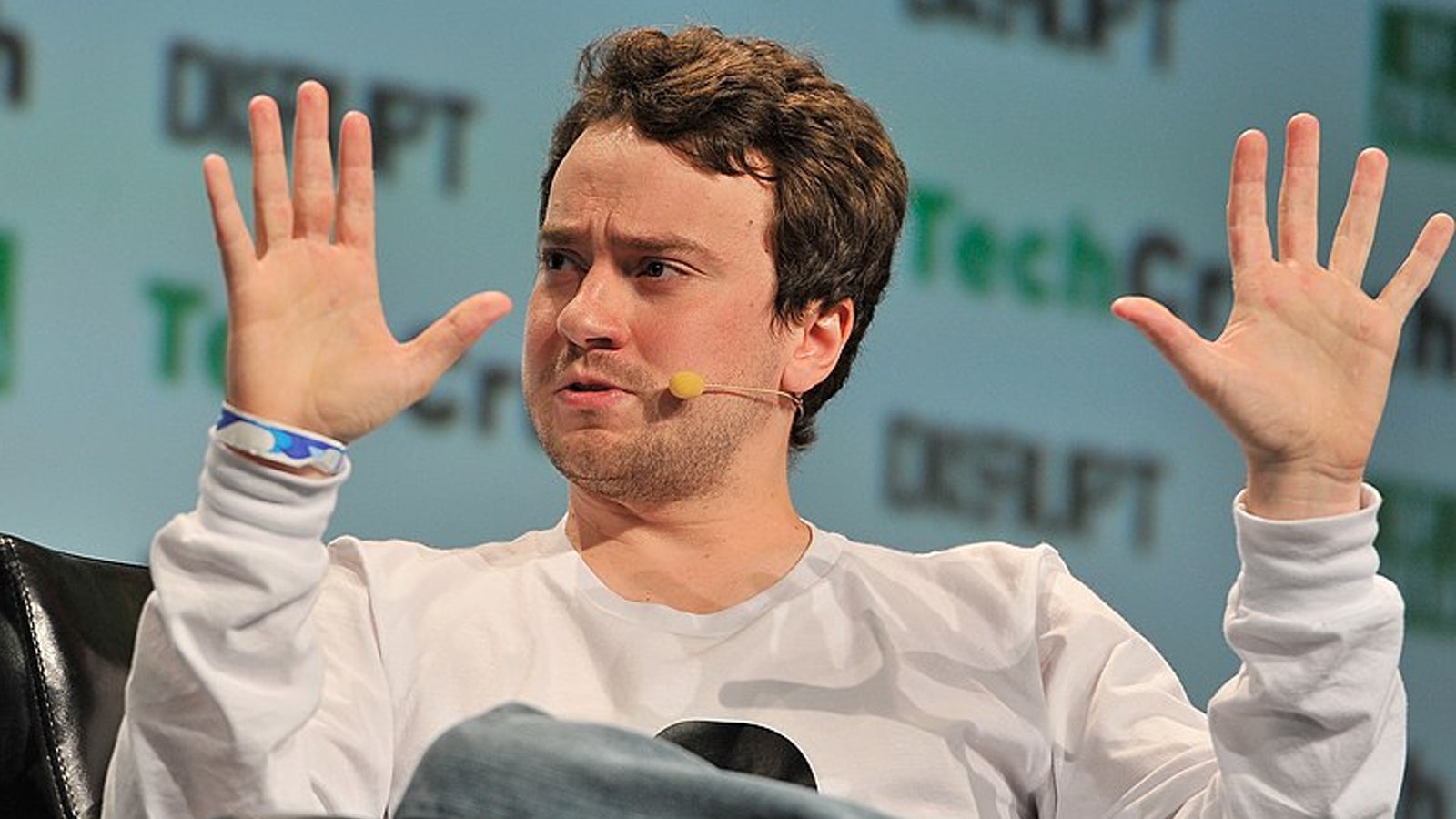 Notorious hacker George "Geohot" Hotz has been hired by Elon Musk to work on Twitter - primarily, to fix the flailing s…

Veteran
he should hire kevin mitnick as well

Bludd said:
he should hire kevin mitnick as well
Click to expand...

Last I saw he's (mitnick) one hell of a security consultant.

Bludd said:
he should hire kevin mitnick as well
Click to expand...

Mitnick's got too many scruples to work at Twitter.
D

He would be the perfect extra dash of weirdness this story needs!

Veteran
GeoHot asked proposed to be hired because he wanted to fix the popup that shows up on twitter when you are not logged in.
Sooooo... we are putting decisions and code in the hands of a guy that dislikes twitter to the point that he won't want to login in its computer.
It's like Idiocracy but even worse without Sara Rue!

Moderator
Legend
Supporter
He's got a 12 week contract for work to fix Search. He won't be able to. I doubt he'll be able to even show any progress towards it in 2 weeks, then Musk will terminate the contract. Such a circus, but with more shit. 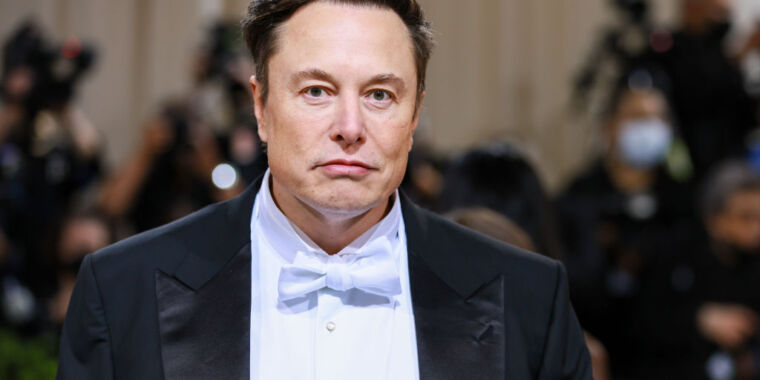 Activists say they would never make such a deal with Musk.

Some activists who attended the meeting tweeted to confirm that they never made such a deal with Musk, including Free Press co-CEO Jessica Gonzalez, who helped drive a #StopToxicTwitter coalition pressuring Twitter's top 20 advertisers to boycott the platform.

“Not sure who Musk is talking about here, but I met with him a few weeks ago with civil rights leaders, and I also co-lead the #StopToxicTwitter coalition that is calling on advertisers to pause ads until he rights the ship,” Gonzalez tweeted. “I never made any such deal.”

NAACP President Derrick Johnson backed Gonzalez in his own tweet denying activists made a deal with Musk.

“We would never make such a deal,” Johnson tweeted. “Democracy always comes first. The decisions being made at Twitter are dangerous, and it is our duty, as it has been since our founding, to speak out against threats to our democracy. Hate speech and violent conspiracies can have no safe harbor.”

Both sides are self-richeous arrogant high-horse-riding pricks. Both can kiss my ass. Each has their own very personal and biased definition of what is "proper democracy" and what is a "threat to democracy" and are willing to break as many eggs as they see fit to move the world in the direction they, within the limited capacities of their own faculties, decided is the way of the future towards utopia.

Both the activists and Musk are a danger to society. I did not get a vote into what Musk thinks is the best future, nor in what the activist thinks is defined as toxic or hate.

I find most actions that activist groups take are pretty hateful and toxic myself, and most futuristic Muskian schemes look like regressive scams. And most likely, the silent majority of society thinks along the same lines most of the time.

This is a battle of self-entitled capeless heroes, and I want them to fight for as long as it takes for both to lose as much power and influence as they possibly can. That's honestly the best result. And a lot of comentators can't hide how they've fallen for the propaganda of one of the sides and has become part of their cheerleading team for free. It's both hilarious and depressing how the folk that pick a "team" in those sorts of cultural issues can clearly see the brain-washing and the selective thinking of their opponents and yet are oblivious to their own.

Legend
What are the teams?

BRiT said:
He's got a 12 week contract for work to fix Search. He won't be able to. I doubt he'll be able to even show any progress towards it in 2 weeks, then Musk will terminate the contract. Such a circus, but with more shit.
Click to expand...

but what if he finds that they had commented away a line that fixes everything? its not like a feature like that requires certain infrastructure that cant be changed quickly

Bludd said:
but what if he finds that they had commented away a line that fixes everything? its not like a feature like that requires certain infrastructure that cant be changed quickly

orangpelupa said:
What are the teams?

The team "Ellon is playing 69D chess and is gonna Own Dem Libtards" and the team "Every single thing that Ellon does is always wrong and lets pretend twitter was perfect before he bought it, and the highest priority of humanity should be to avoid ever risking the upset of terminally online cry-bully activists of innumerous causes"
Last edited: Nov 25, 2022

Twitter has folded its Brussels office following a wave of company-wide cuts and departures. Although the Brussels office was small, it was perceived as a “crucial conduit to European policymakers,” according to the Financial Times, which was first to report the news.

Mozer and La Nasa were in charge of Twitter’s digital policy in Europe, including the compliance to EU’s disinformation code and the Digital Services Act, which aims to limit the spread of illegal content online.

The disbanding of the Brussels office is taking place at a critical time as the Digital Services Act came into effect last week, and EU officials are concerned that Twitter will not abide by these new rules.
A

Agent of the Bat

Legend
I know its so fun & easy to make fun of Elon & Twitter right now but I have a feeling Twitter is gonna make it. It's day 30 since Elon took over & it's still here.

As for George Hotz, he's already making a little progress on search. He decided to ask for some intern help from the community since he not as good coding in React. Intern inception. LOL Evidently he knows Python, C & ML way more than React.

Moderator
Legend
Supporter
So after Musk said they were done with layoffs on Monday they had some more layoffs on Wednesday, the day before the US Thanksgiving Holiday.

Moderator
Legend
Supporter
And this is why one should never ever return to a place of employment after being laid-off unless you write up your own contract that is extremely lucrative. They are only using you.