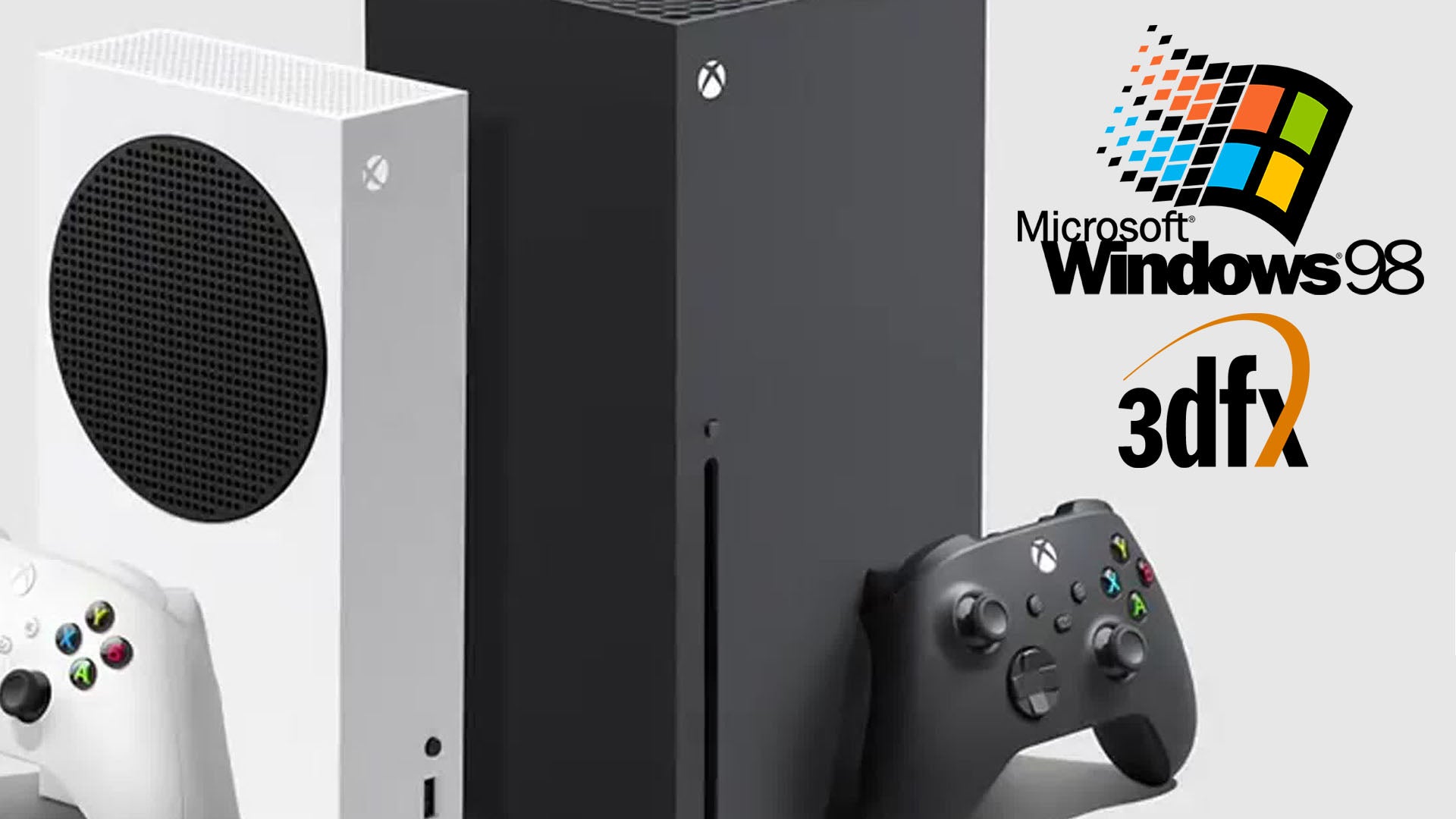 The late 90s were many things - but for me, it was all about Pentium PCs and Windows 98. That being the case, I was delighted to learn that the DOSBox Pure RetroArch core had recently received support for the venerable OS, opening the door to a range of classic PC games that can now run on today's Microsoft console hardware. Quake, Half-Life, Turok: The Dinosaur Hunter, Command and Conquer... put simply, any Win98 game is now available to play on Xbox Series hardware and there's even emulated support for 3dfx Voodoo Graphics too.

Be prepared for a lot of installing, however, via a somewhat torturous procedure. That starts with an unusual workaround to get the RetroArch emulation system installed on Xbox, which in turn runs DOSBox Pure. I used this video guide to get going, without the need for developer mode. Once you have DOSBox Pure running on your Xbox console, you also need to - get this - install Windows 98 itself. It was a surreal moment to install this 20th century operating system on a vintage 2020 Microsoft console, but this must surely be the bright future that Bill Gates envisaged back in the day... but perhaps not in such a user-unfriendly manner. All software, including Win98 itself, has to be sourced and loaded via RetroArch's support for disc ISOs. I chose the FTP approach in beaming these ISOs across from my PC to my Xbox consoles - unfortunately, the more logical approach of the Xbox optical drive isn't possible.

Legend
Something the OG 2001 xbox was capable doing too
R

Regular
I bet Clive Barker's Undying would be a slideshow.
P

Legend
Still hungup on one of the worst consoles.
D

Legend
I find the 6th generation much more intresting from both a hardware and software standpoint. The PS2 with its alien/exotic hardware (atleast it was fast compared to the PS3 for their time), Xbox was going bruteforce while the GC was doing its own thing efficiently. Software wise we all know.

Legend
The PS3 with its weak CPU doing Full HD. John's dedication/obsession to this retro product is on another level.
T

Newcomer
I don't think this is the first time I've seen them say that the Sega Model 2 and 3 didn't use mipmaps. They both do, and they even use trilinear filtering with detail texture support, but they have a heavy bias to push the LOD switching point far back (like using a 32x32 level when you would normally use 8x8, or something; I don't know exactly what threshold it uses). I think they also don't store mipmaps smaller than 8x8, so it never blurs out to a single color. But AFAIK, no Model 2 emulators have ever accurately emulated these effects, which probably contributes to the idea that there's no mipmapping. Supermodel, the Model 3 emulator, does try to get it right. (Like getting Scud Race to switch detail textures on the road depending on the car's speed, to simulate motion blur, or doing quad UV interpolation instead of a pair of triangles.) There were posts on the Supermodel forum where the developers try to figure out how to get closer to real hardware which go over this, but the forum doesn't seem to be available right now (or maybe you need to log in).

If you look at video capture of real hardware, there's a very blatant deliberate adjustment to the trilinear mipmap levels in Daytona's course select screen as a blur effect. I don't think any port or emulator has ever replicated it. You can just barely manage to see the mipmap transitions near the horizon on the road marking in Daytona USA. The easiest game to see the trilinear filtering is probably Desert Tank, with detail textures on the dunes. There is far, far less aliasing and moire visible in the distance than if that kind of texture really had no mipmapping. The water in Sky Target is also clearly mipmapped.
H

Newcomer
"We tested 88 titles with 1080p support (defined as 1280x1080 to full 1920x1080), accounting for just three or four percent of the circa 2500 game library that the PlayStation 3 possessed across its lifespan. At may seem like a small amount but that's more than both Xbox 360 and Wii U combined. On top of that, of those 88 titles, 52 of them targeted a 60 frames per second frame-rate. That's impressive."

Newcomer
From the article : https://www.eurogamer.net/digitalfo...rt-four-gran-turismo-6-and-the-2d-renaissance

"On top of that, of those 88 titles, 52 of them targeted a 60 frames per second frame-rate. That's impressive."

"On top of that, of those 88 titles, 62 of them targeted a 60 frames per second frame-rate. That's impressive."
You must log in or register to reply here.