Veteran
Supporter
This is a summary of the talk about the checkerboard rendering used in Dark Souls Remastered on Pro and XBX. It's a work done by QLOC. It's a very interesting document about CBR rendering and a rare source of information about some specific hardware existing on Playstation Pro (Neo): ID Buffer and Gradient Adjust.

Their tech is based on Pro reference code and they improved it. DS remastered runs at 1800p on Pro and XBX using CBR. Their CBR is so good few (or none?) knew it was CBR back then.

When they reference specific hardware support they use 2 colors, blue and green. I assume based on the names of some of the functions the blue is for Pro and the green for XBX.

We can see several references at Pro custom ID buffer used in their tech. Here setObjectId is in blue.

setObjectId (and others like setObjectIdMode) is a function in Sony SDK to use ID Buffer on Pro. On XBX they use others ways (custom shader) to set those values. They probably do it manually (see @jlippo post) even if it's probably a bit more expensive as Xbox lacks dedicated hardware for that. 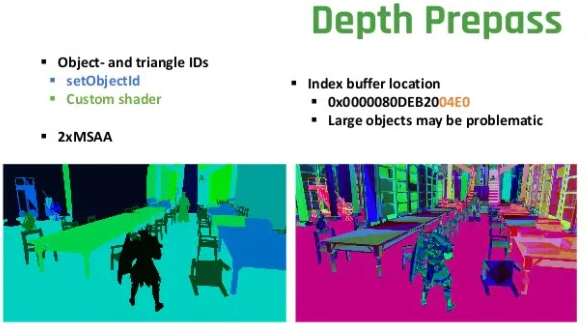 Color pass:
They use another custom function on Pro: setTextureGradientFactors (or gradient adjust) which is meant to improve the aspect of the texture, making it sharper in the process. On XBX they do it manually on the shader. We know Pro has specific hardware support for Gradient Adjust compared to notably PS4.

To more easily share code between Base mode and NEO mode, in particular when using target common, orbis-wave-psslc allows the use of gradient adjust in any mode. However, Base mode does not have any hardware support for gradient adjust and the gradient adjust bit used when encoding the sample instructions is ignored when running in this mode.
Click to expand...

Here we can see the improvements. 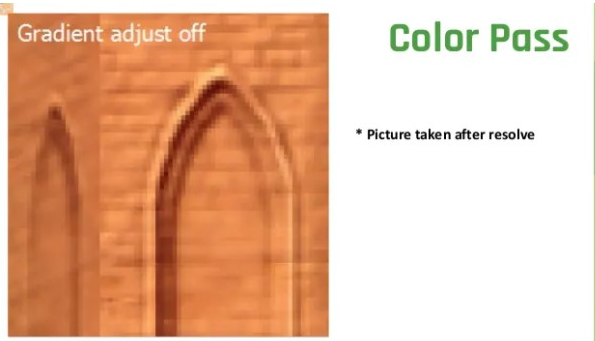 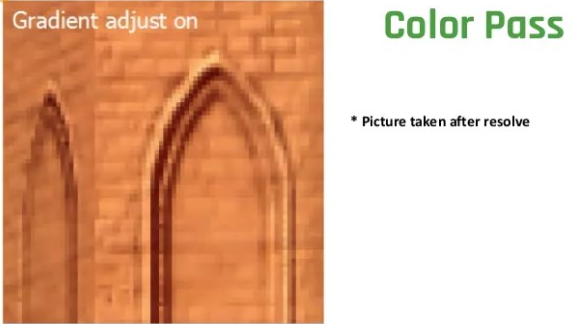 Interestingly when we compare the results in the game we can actually see some textures looking quite sharper on Pro. That could be explained by the gradient adjust differences of implementation, using custom hadware on Pro and done manually in the shaders on XBX. 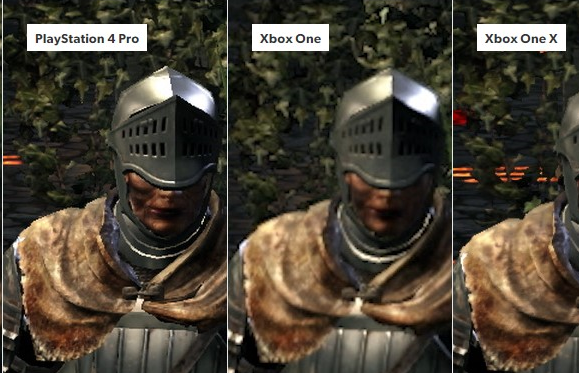 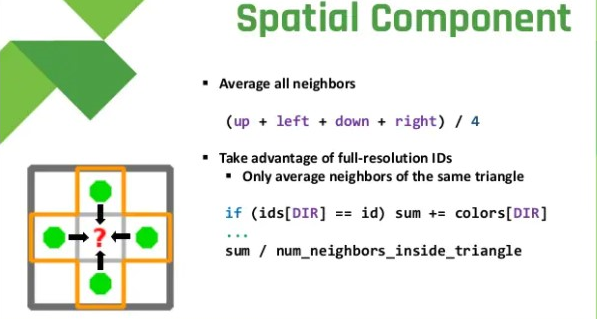 Results of CBR with or without IDs:
Frame 38, without and with IDs: 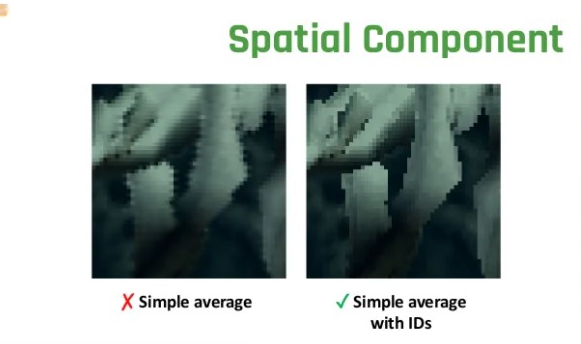 Frame 45: we can better see how IDs remove many CBR artefacts making it incredibly close to native rendering. 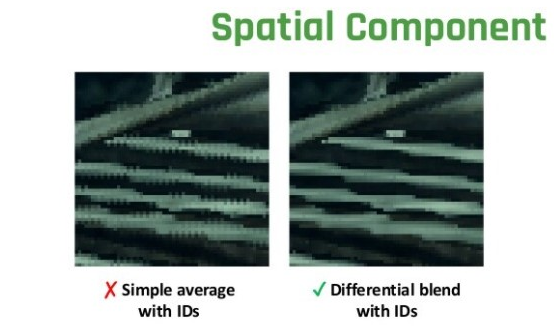 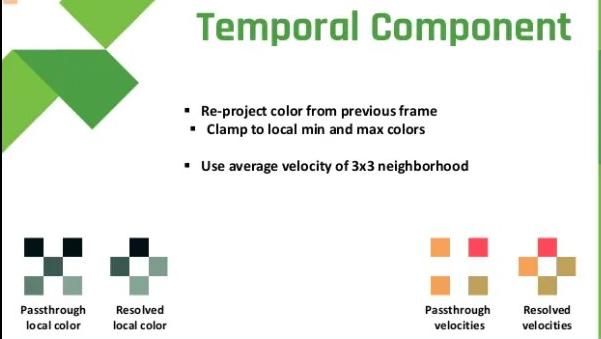 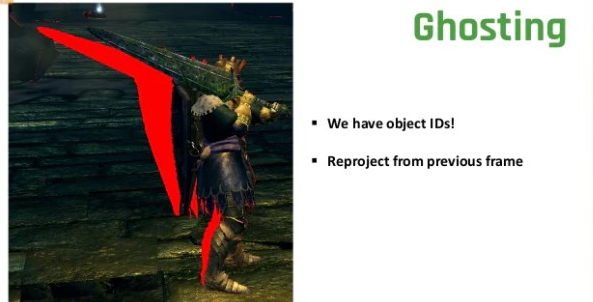 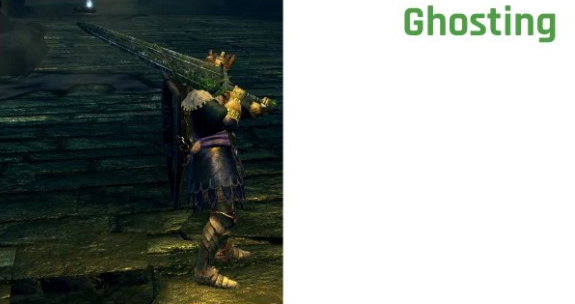 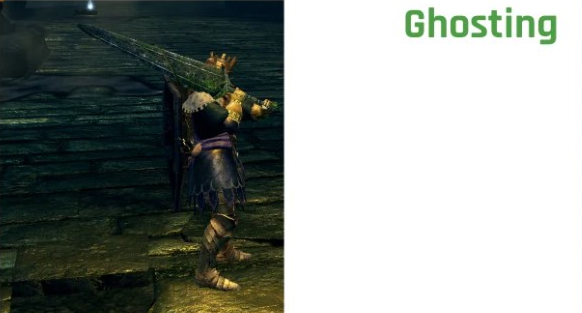 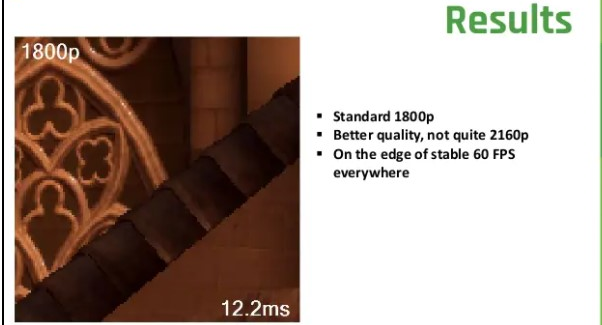 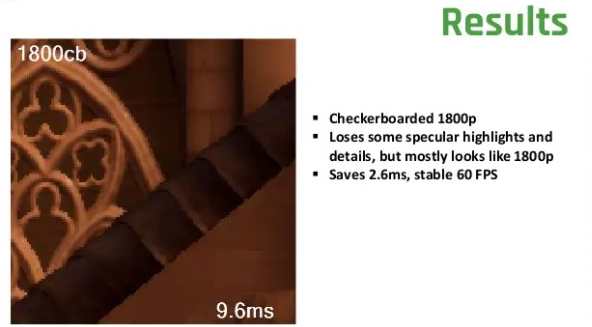 CBR cost: it's actually quite expensive, only 27% saved compared to native. Interestingly the percentage highly depends on resolution. Here 1800p CBR being the most efficient. 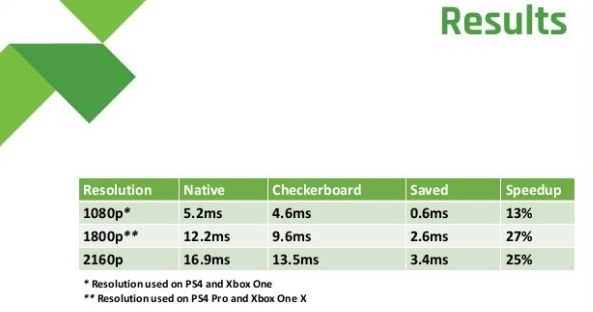 Checkerboard rendering when done right (notably using ID Buffer) can have oustanding results and with very few artefacts. But it's actually an expensive tech and must be used only in some resolutions as the cost is not linear with the resolution. We also learn the custom hardware stuff on Pro (ID Buffer and Gradient Adjust) can be done manually on Xbox even if it's probably more expensive as it's AFAIK done without dedicated hardware.
Last edited: Nov 16, 2021

Veteran
I still think Days Gone has the best CBR in any game, it's so good.
C

Regular
Great post -- what clip was the grass side by side cut from?

cwjs said:
Great post -- what clip was the grass side by side cut from?
Click to expand...

It's from DF article. The 1st image in their comparison tool.

Veteran
Yea, I was actually surprised to find out that Dark Souls Remastered was using checkerboard rendering. They did a really amazing job with it.
S

davis.anthony said:
I still think Days Gone has the best CBR in any game, it's so good.
Click to expand...

Shadow of The Tomb Raider is also very good on PS5 now 4K CB 60FPS.
Same for God Of War too.
D

"We made a lot of customization's to the GPU, some of them are smaller, like when PS5 crashes it's a lot easier to track down the source of that crash then it was on PS4. Some of those customization's are giant, like backwards compatibility with PS4"

"Backwards compatibility is difficult because there are hundreds of essential GPU features in PS4 that developers reply on, and for their games to run flawlessly on PS5 each of those features needs to be properly included"

I take that as they have indeed added the ID buffer to PS5 so that BC worked properly.
J

Veteran
That's a leap IMO.
You must log in or register to reply here.